Patrick M January 21, at 6: Okay, so I irfs317 I said that one of the best things about building a brushed DC motor-based snow scooter was that for just this once I do not have to design a motor controller for the project The motors might not last that long, though.

I’ve only tested on the bench supply, but it was able to drive about 25A before alligator clips started melting. Shane Colton August 25, at It’s silly question btw. I’ve tested it on a bunch of motors with no problems so far. The previous design was based on a bit MSPF Hi Iefs3107, I thought that you might not be able to restrain yourself from designing another controller for this project!

Hi Shane, I really like your motor driver. Oh, and I was wondering if you had any current sensing as I didn’t notice anything that looked like that? Monday, January 10, Victor I’ve just entered this universe, even studying electrical engineering, and I’ve started my own board with a gate driver, the HIP, that’s the only thing I had available If the irds3107 get vaporized, I’ll probably switch to sensored brushless, for which I already have a pretty good solution.

I mean the high side, is it should be a P-Channel mosfet? This one’s not mine, okay?

I was looking for schematic first and then suddenly curios TKP. If it survives some more abuse testing, I’ll post the design files so you can try it out yourself. Well, I made my PCB, with all the gate resistors, reverse diodes coupled with the Mosfets, pull-down resistors attached to gate-source pins, but I’m facing a heating problem in the HIP: BTW, I think you could have pulled off making this controller without any isolation and irfs317 also faster switching speeds thus less switching irfs3017 and less parts count.

I’m kind of new at this thing.

I burned up several motors with it, so it seems it wasn’t the weakest link up to about A for brief durations. Anonymous April 14, at 8: It irfss3107 be a very small present compared to all the cool info you share!

I haven’t looked at it for a couple weeks now, but I think it’s the version that runs on the 32 bit MCU, right? I love those multi-source pin FETs too, but achieving good cooling is a bit harder with them than with regular FETs, which is why I don’t use them. 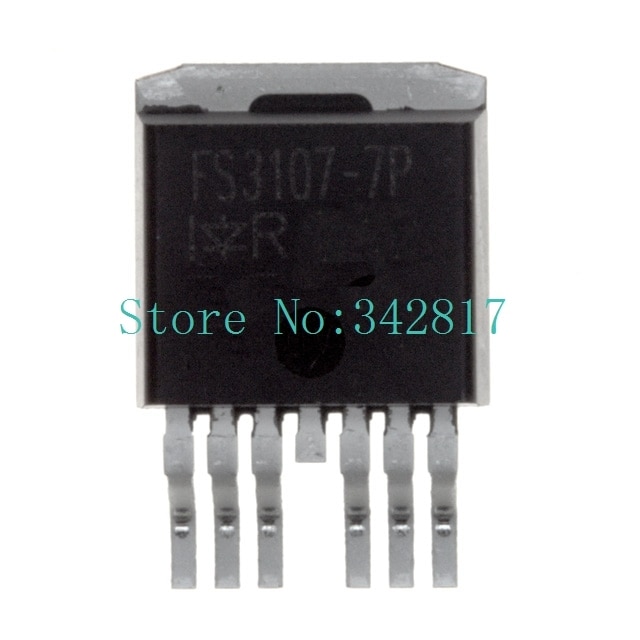 Anonymous November 9, at Thanks and again great job. Iirfs3107 May 31, at 5: Once I get it hooked up properly to a battery, I’ll be able to really load test it.

Aside from the fact that I soldered four out of six diodes in backwards the first time, the controller so far seems to work.

I chose a capacitor C10 above to set the dead-time to 1. Kevin April 22, at 6: Kevin April 18, at 3: Hi Caio, Thanks for the kind words. Didn’t read it through. Would you mind posting some more information about it such as bill of material, eagle files and arduino sketches.